skip to main | skip to sidebar

A time to reflect

First off I am sorry I have not posted for awhile, but I have a good excuse, I have been unwell. Some of you know that I suffer from Rheumatoid Arthritis and after a rather long spell in remission it decided to kick off big time. The past couple of months have been pretty bad with most of my joints being affected, I have had to have help dressing and not been able to walk without doing a seriously good impression of a cross between Quasimodo and Long John Silver. On a positive note I have lost weight woohoo yeah! 12lbs to be exact due to this glitch (the body burns up a lot of energy when the immune system goes into attack joint mode) not really a good way to do it but hey I’m not complaining. And I have been trained to give myself my weekly injection of Methotrexate and have been jabbing myself for a number of weeks now, something I never thought I would ever do. In the mean time my lovely doctor has given me a course of steroids which has helped ease the pain bliss! and I am starting to get back to my normal self (what ever that is)

With my apology in place I thought I’d better to include some photo’s to break up my pitiful excuse for not posting for so long.

The first pears from the tree planted in the garden two years ago. They tasted fantastic. 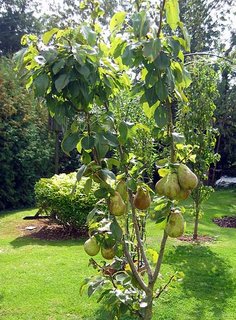 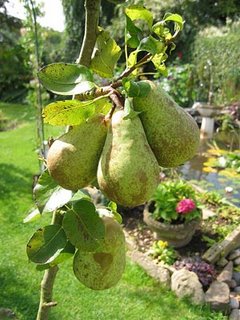 The apple trees were thwarted at the first post due to the blooming magpies eating the apples when they first started to grow (hope they had belly ache ha ha! ).

It’s that time of year when the lovely landscape treats us to one of nature’s most spectacular displays and as the green ivy covering my house turn to gold’s and reds and wildlife makes its presence known, I have been woken the last two weeks by large flocks of migrating geese flying over head most mornings honking loudly, a sound I must admit does make me smile. I find myself reflecting on what I have accomplished so far this year which if i am honest is not as much as I had wanted to do. 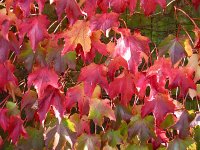 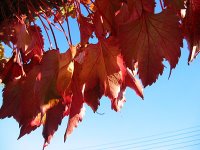 I bought a tiny ivy plant from Woolworth's for £1.89 approximately 15 years ago it now covers two-sides of the house and is home to birds, bees and other numerous creatures. The last photo is taken from my bedroom window
With that in mind I have set my self some goals, some of which I want to accomplish before the year is out, one particular project has got my creative juices flowing again and find myself really excited about getting it of the ground, I will post more details when I can.

A experimental style i did a couple of months ago. Turned out better than i thought it would, and i have several other sketches i am going to colour up. Painted traditionally in watercolour and coloured pencil . 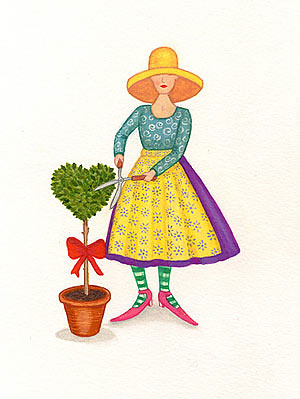 Sorry to hear about your Rheumatoid Arthritis kicking off again. Sounds very painful. I'm glad you're getting some decent treatment for it tho'.
The photos are lovely...esp the vine, what wonderful colours!

Hello, I wondered where you were, been visiting here and missed you! I am SO sorry to hear about the RA, I dont really know what to say except hope it goes away again soon. Sounds like a good idea to have the steroids to get a rest from the pain, I hope.
Good luck D, thinking of you.
Penny.
xx

Oh Debs, my mum used to have RA, and I remember what she used to suffer, so have a big but gentle hug from me. I was worried about you, you know. It's good to have you back and with lovely photos and beautiful painting, hooray for trad.painting! Your paintbrush will never conk out in a powercut, unlike a Wacom.

Hi, Debs - I found your blog, and then you dissapeared. Thought it might have been Frankfurt overload. Really sorry you've been poorly.
Best wishes fom Gerry :)

Sorry too - hope you are continuing to feel better. What is the ivy called in Britain? Here, it's called Boston Ivy - but I suspect it's something else where you are. :-) The evergreen variety is called English ivy.

Oh dear my eyes are stinging from holding back tears, thanks guys for your lovely kind comments, I didn’t realise I’d be missed. Gerry, Long time no speak! Just checked out your blog love your work, hope its keeping you busy with book commissions.
Tara, your right it is a Boston ivy, the leaves drop off in the autumn much better for the house as it allows the walls to breath.

Debs
I own Little Bee Designs a small greeting card company and also organise craft fairs for fellow designers, artists and crafters to show and sell their wonderful work.